Yes little son; we shall write the divine beginning of life; life is a divine plan of the divine Creator; every perfection starts by being microscopic; nobody is great in the Kingdom of Heavens, if he has not been very little; so very little as a microbe can be; all the angels of my divine Reign were very little and humble; and now they are great in the Kingdom of Heavens; they are the divine solar luminaries; they shine in living wisdom; they have enough knowledge as to produce worlds; nobody has a creative power if he has not fulfilled the divine law that says; Thou shalt earn thy bread on the sweat of thy face; this is the only divine philosophy to enter the Kingdom of Heavens; no other one can make my children become great in my divine dwelling; every well-being of every planet is a reward of the world; it lasts just as an sparkle in front of the eternity; every well-being in which all my children do not participate equally, that well-being, is not a tree planted by the divine Father Jehovah; and it shall be pulled out from its roots; it has always happened like that, in the worlds that have a life that is just a trial; everything is accepted in the universal philosophies of trial, but the abuse; less the injustice, which certain demons try to impose on others; to the divine Father Jehovah, a demon is every spirit who when creating a philosophy, does not take Him into account for anything; he does not consult the divine Scriptures; such philosophies are not trees planted by the divine Father Jehovah; and they shall be pulled out from its roots; it means that the so-called materialism, disappears from the face of the Earth; this was divinely written: The Earth shall pass, but my words shall not pass.- 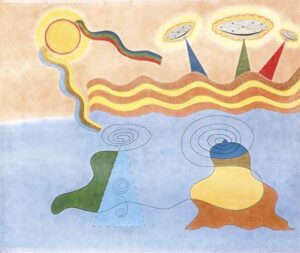