DIVINE PARABLES; TRANSLATED BY LIVING TELEPATHY; DICTATED BY THE DIVINE FATHER JEHOVAH; THE LAST DOCTRINE THAT THE PLANET EARTH SHALL RECEIVE; A NEW SCIENCE AND A NEW WORLD ARE BORN.-

And the Earth was formless and empty; and darkness was over the surface of the deep, and the spirit of God hovered over the surface of the waters: it meant that by being in disorder one arrives to be in order; the free will of the spirit and matter is initiated in disorder, for they are born in innocence and lacking of science; this disorder was darkness with a tendency to the order of light; they were gasses that came from the suns Alpha and Omega; those very old elements are the same ones that you can see on the nature Earth; nothing is born with wisdom; everything is started with ignorance; it is a universal right of spirit and matter; these gases because of their dark color and in infinite hues, gave the impression of a colossal abyss; it is the same principle of a puddle of water; smells and gases are born in it; what is up above is the same as down below; these gasses underwent an infinite transformation; by the effect of the suns’ magnetism; I am talking about an epoch in which the sun that shines on you was not born yet; the heavens were open; scenes never seen by human eyes took place at any instant; beings from remote worlds travelled with naturalness; just as you travel; what is up above is the same as down below; as time passed by, the gases were turning into colored gases; a new maturity emerged from their molecules; a process that still takes place in your world; when the fruit that you use as food ripens, you are witnessing the development of your planet; the maturity or development of everything that exists, takes place by microscopic dimensions; which your human eye cannot perceive; this form of manifestation of matter is not the only one; if there are as many worlds as the grains of sand of a desert, the same thing takes place with their respective origins; do not forget that matter has got the same rights as you do; nobody is less before the divine Father; you have got individuality; so does matter; within its own laws; just as you enjoy yours; in the future and immediate knowledge, humanity shall have just one Universe; the Living Universe of Father Jehovah; or Thinking Expansive Universe; in this Universe there is everything that the mind can imagine; it is just enough to think of a universal theory, and that theory in the form of an idea gives place to worlds, universes, and galaxies; in such a degree that it escapes from the own calculation of the author of the idea; who unknowingly is filling the space with new future worlds; this takes place from the very instant that every creature starts thinking; and it lasts until the last sigh of life, it is the galactic harvest; it was written that everyone makes his own Heaven.- 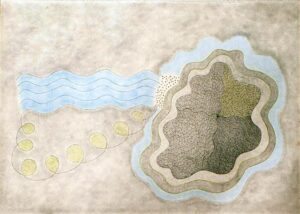