DIVINE ORIGIN OF THE TERRESTRIAL SUN; THE ETERNAL SUCCESSION OF THE SOLAR LUMINARIES; THE DIVINE LAMB OF GOD IS BEFORE THE SUNS; HOW A SUN IS BORN; HOW THE SUNS DIE; RESURRECTION OF THE SUNS.-

Yes little son; I shall reveal to you the divine origin of the microscopic suns; of the ones that man is used to seeing; through their microscopic instruments; the sun of the Earth is older than any planet of the so-called Solar System; from this sun many solar systems have come out, which are not in space anymore; its own origin took place in another point in space; for the heavenly bodies have had movements and routes, which have not been seen by the creatures of the present that is being lived; when these movements took place, the Earth had not been born yet; neither were the suns Alpha and Omega in space; one must not confuse the present sun, which makes the planet Earth germinate, with the luminaries Alpha and Omega from which the Earth was born; among infinite more worlds; worlds of flesh; worlds that correspond to a solar family in an infinite state of evolution; the Sun of the Earth was born from the galaxy Love; and the suns Alpha and Omega in the very remote galaxy Trino; the galaxy Love and the galaxy Trino are galaxies of life systems of humanoids; within them there are infinite worlds of flesh; and of infinite evolutions; all their creatures of flesh are little monkeys in a solar evolution; which means that they are in the process of becoming divine luminaries of wisdom; for every knowledge becomes a magnetic brightness; from the most microscopic until they become colossal suns of living wisdom; creators of worlds and suns; older children of the divine Father Jehovah; it was written: And he shall come back in Glory and Majesty, shining like a sun of wisdom; every spiritual effort becomes a physical brightness, which surrounds the body of flesh; this brightness is invisible to the human eyes; nobody can see it; only a few who have prepared for it; the honorable Dalai-Lamas know about this law; they know it by their own evolution; what is wrong is that being my laws universal, these children remain themselves in what is called hidden; the occult sciences shall pass, as every philosophical tree that the divine Father Jehovah did not plant shall pass; there is nothing occult in my divine creation; according to the intention given, one who hides something from my children, he hides it from the divine Creator; for I am in all the minds; therefore, children of the spiritual science: apply the divine parable that says: He who has ears listen; he who has eyes see; he who has a mouth speak; this means that every knowledge must be propagated, and not be hidden; every knowledge that could make the creatures advance, must be taught; the spirit must not take anything with him when he leaves the planetary dwelling; all the contrary, if he lets the demon of the intellectual ambition deceive him, he shall be accused of intellectual selfishness in my divine dwelling; the occult sciences shall make millions of children feel the crying and gnashing of teeth; for all the seconds lived are judged; and each second of time used in life corresponds to a heaven; they correspond to the divine Addition; which is the award of each spirit; this divine award has no equal; for it is an award of living eternity; it consists of visiting colossal worlds; to arrive in remote galaxies is to penetrate the infinite Cosmos; in those dazzling silver ships; which the children of the Earth call flying saucers; these trips shall be carried out in the year 2001; after the resurrection of every flesh; which means all the species of flesh known; but, not all shall be resurrected to children of 12 years old; one has to deserve it; the creature who has scandalized in the most various forms, shall not enter the Kingdom of Heavens; And there are millions and millions who have shown their flesh to the world!! The terrestrial beaches are witnesses of this violation of my divine Commandments; the scandalous women who have exposed their bodies in the name of art, shall curse having been born; those who scandalize with the temporary fashions; who violate the divine sex; either one is a man or one is a woman; those who dress themselves imitating the opposite sex are scandalous; for they give the world reason to talk and gossip; those who make love in public, are scandalous of the principle of loving; including all those acts that are not taught by my divine Commandments; which were given to the world for each life to be guided by them; second by second.- 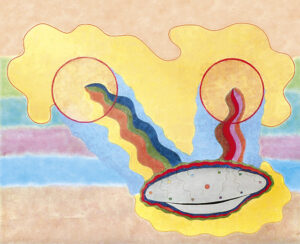