DIVINE ORIGIN OF THE PHILOSOPHIES; RELATIONSHIP BETWEEN THE TERRESTRIAL COMUNISM AND THE CELESTIAL COMUNISM; COMUNISM IS BORN WITH MATTER AND SPIRIT; THE COVENANTS ARE COMMON TO EVERYBODY.-

Yes little son; the doctrines are messages requested by the spirits in the Kingdom of Heavens; they are requests that influence on the minds of the beings; among all the philosophies, the most sublime is the philosophy of Work; not of the exploitation; the capitalist doctrine by exploiting others, violates the Father’s law of love; it constitutes itself in one of the trees that the divine Father did not plant; and it shall be pulled out from its roots from the human evolution; the Doctrine of the Lamb of God shall crush it; it was written: And he shall crush his enemies; one who violates the law of love of the Father, constitutes himself in His enemy; for one cannot serve two masters; or one serves truthfulness or falseness; capitalism says it serves everybody; with the condition of exploiting them; I say to the creators of exploitation spirits: it is just enough one second or less of time of exploitation, and you shall not enter the Kingdom of Heavens; your god is gold; may it resurrect you; you know very well that when you leave the world you are in, you shall not take with you a single molecule of your gold or your temporary belongings; even though you know it, you still attach yourselves to them; you are the greatest deluded beings; who unfortunately infect the others; for you was it written: May the left beware of what the right does; the left are the children of work; of the spiritual merit; they are the exploited ones; the greatest in the Kingdom of Heavens; for the more long-suffering a life was, the greater is the glory they receive in the Kingdom; you requested it so and so was it conceded to you; no pleasure lover on the planets requested Glories in Heaven; they requested to enjoy them on Earth; and it was conceded to them; and for you rich and deluded beings of the world was it written: It is more likely for a camel to pass through a needle’s eye than a rich to the Kingdom of Heavens; it is a parable warning for you, blinds of the laws of the spirit; a warning that has many centuries and which is coming closer to its end; for everything that exists has its time; and the time has come to its end for you; that is how you requested it, spirits of only one present; for as long as your eyes see gold you shall believe in life; this philosophical concept is unknown in the Universe; for it is a living imperfection; a weakness characteristic of the imperfect spirits; who requested to know work and exploitation; for they did not know them; and it was conceded to them; what they did not request was to forget the Father’s laws; expressed in the Commandments.- 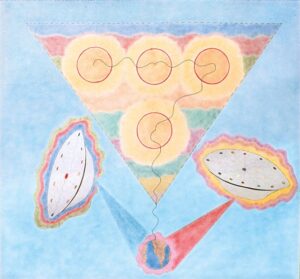